Why am I Quilting When I Should be Building an Ark?

It has been raining and raining here.  Rivers are flooding.  Roads are being washed out.  It's not as bad in Calgary as in some of the surrounding towns.  We're so close to the mountains that when there is a big rain, the effect is multiplied by the run-off.

But we're high and dry here, just watching it come down.  The biggest tragedy for me is that the guild meeting tonight was cancelled!

I've been working on my Craftsy Block of the Month blocks. As I mentioned in my last post, the June block had Y seams, which I have never done before.  Well, I have to tell you  - Laura's instructions were so complete, that I had no problem at all.  The seams met up exactly where they should! 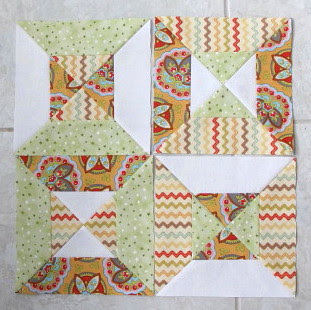 and here is June: 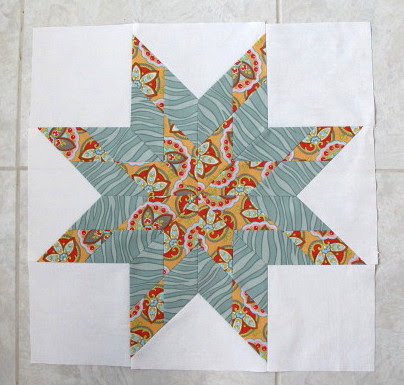 Well, off I go to the basement quilt studio.
Posted by Colleen at 19:29 2 comments:

Close Only Counts in Horseshoes

But it was exciting, nonetheless.

I have entered quilts in Quilting Gallery's weekly Show and Tell contest from time to time.  I usually go in when it's time to vote and vote for my own quilt, just to it's not down there at the bottom with 0% of the votes.

This week, the theme was Quilts for Guys, and I decided to enter my son's quilt, Blue Bayou. 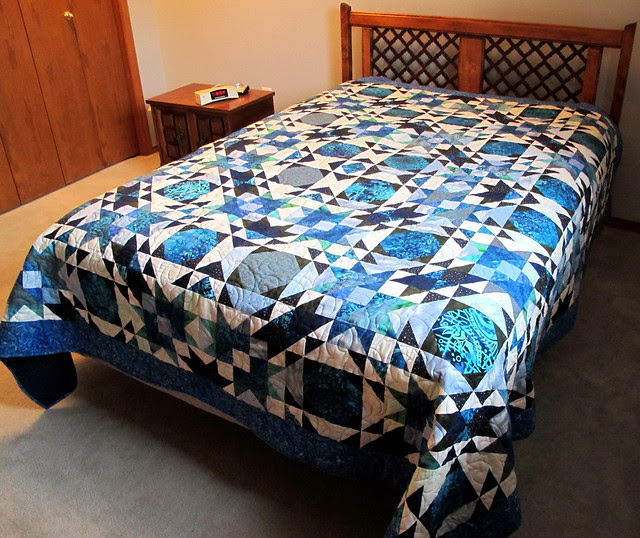 Voting closed today, and I went in to see how I'd done.  Wow! 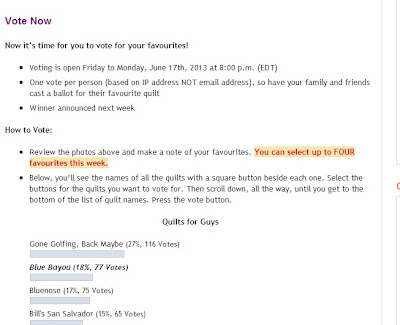 It has been pretty rainy and miserable the last few weeks - which is quite normal for Calgary this time of year.  We really don't get any nice summer weather until July.

So, when I planned to take today off from work, I wasn't holding out too much hope.  But it is a pretty nice day, so far.  Rain is predicted for later on, but I will enjoy it while I can.  So far, hubby and I have made a trip to the bank and to Timmies - nice and relaxing.

I've been working on a baby quilt for my new grand-nephew.  It's an I spy quilt of sorts - I used charm squares with various pictures on them, and sashed them with a greenish fabric. 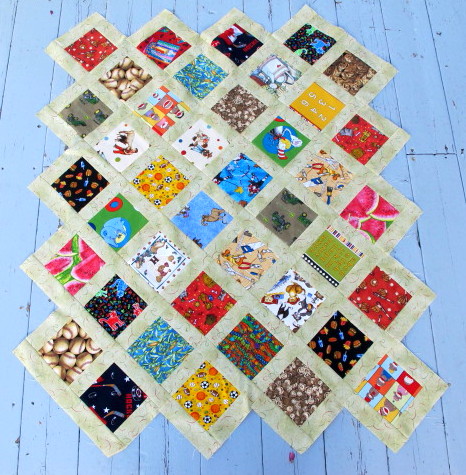 It looks grey here, but it is a sage green.  Now, I plan on trimming the sides so it is square, and quilting it up with a quick all over pattern.  I had toyed with the idea of leaving the sides all zigzag.  Then I thought about binding all of those corners - on a quilt that will be dragged around and washed 100 times - and decided that I'd leave zigzags for another project.

I'm also working on the Craftsy BOM blocks for May and June.   June's block includes Y seams.  Believe it or not  - 14 years quilting and I've never done Y seams.  Laura, the instructor, demonstrates them really well, so it's a good opportunity to try them.

If you haven't looked at the Craftsy BOM, I highly recommend it.  It is intended to be done by a new quilter, so some of the concepts she shows are pretty basic, but I have to admit that I have learned a few things over the course of the last 6 months.  And it's free!  I don't know if I'll put the quilt together using the layout that she has planned, but, for now, I'm having fun putting the blocks together, and looking at the other blocks and comments.
Posted by Colleen at 11:18 4 comments:

At my  new guild, we are having a scrap exchange at the next meeting.  We are to bring bags of 2 1/2 inch squares.  As these things tend to progress, there was only a little interest at first, but as the day approaches, the event is growing exponentially!

This has been great for me, as I have a LOT of scraps.  I've been pulling out the smaller pieces and cutting them into squares. 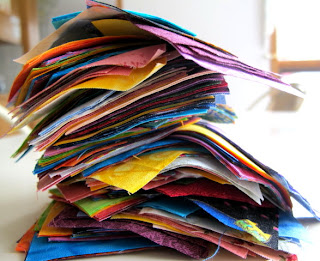 If they aren't big enough for 2 1/2 inches, I've cut them into 2 inch ones for a leaders and enders project I've been graduallly working on for a couple years.

Once I cut a bunch, I sorted them into piles of 50. 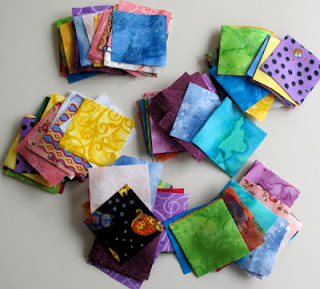 Three hundred cut so far, but I'm not done yet!

I have no idea what I'm going to do with all the scraps I'll be getting back in this exchange.  But I'm sure I can think of something!

Linking up with Mary at Sew Sunday and Kim for Scrap Basket Sunday.